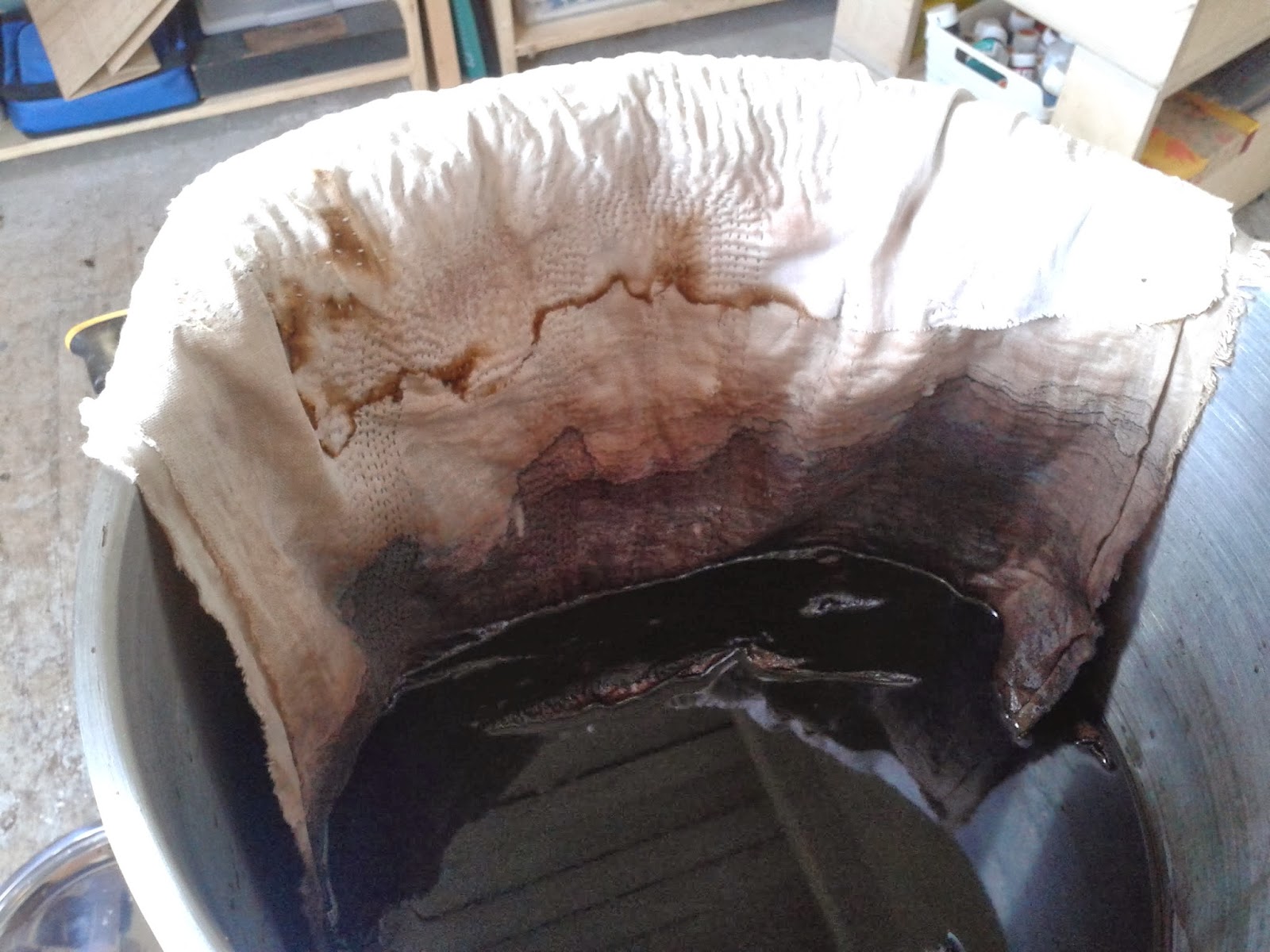 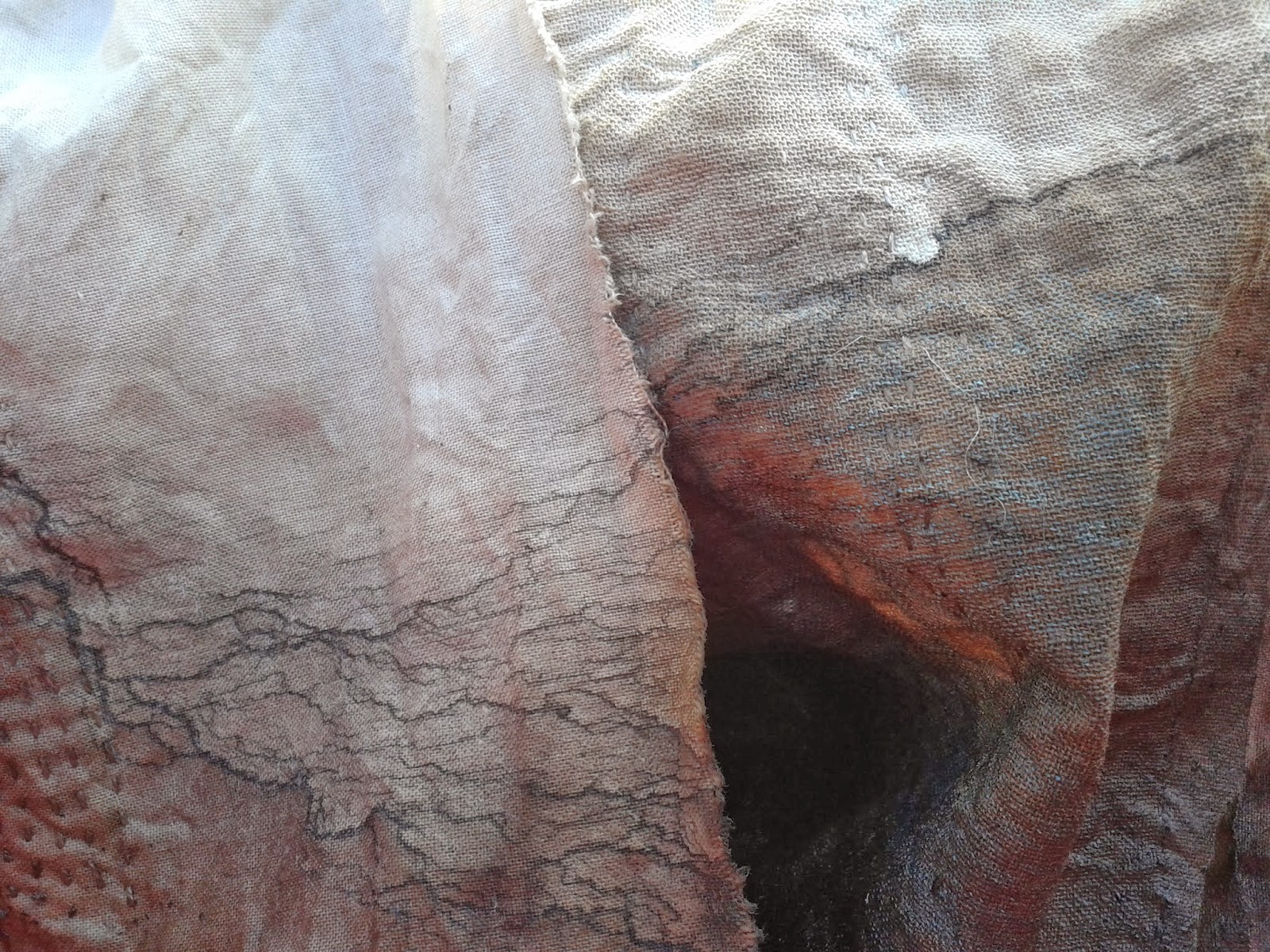 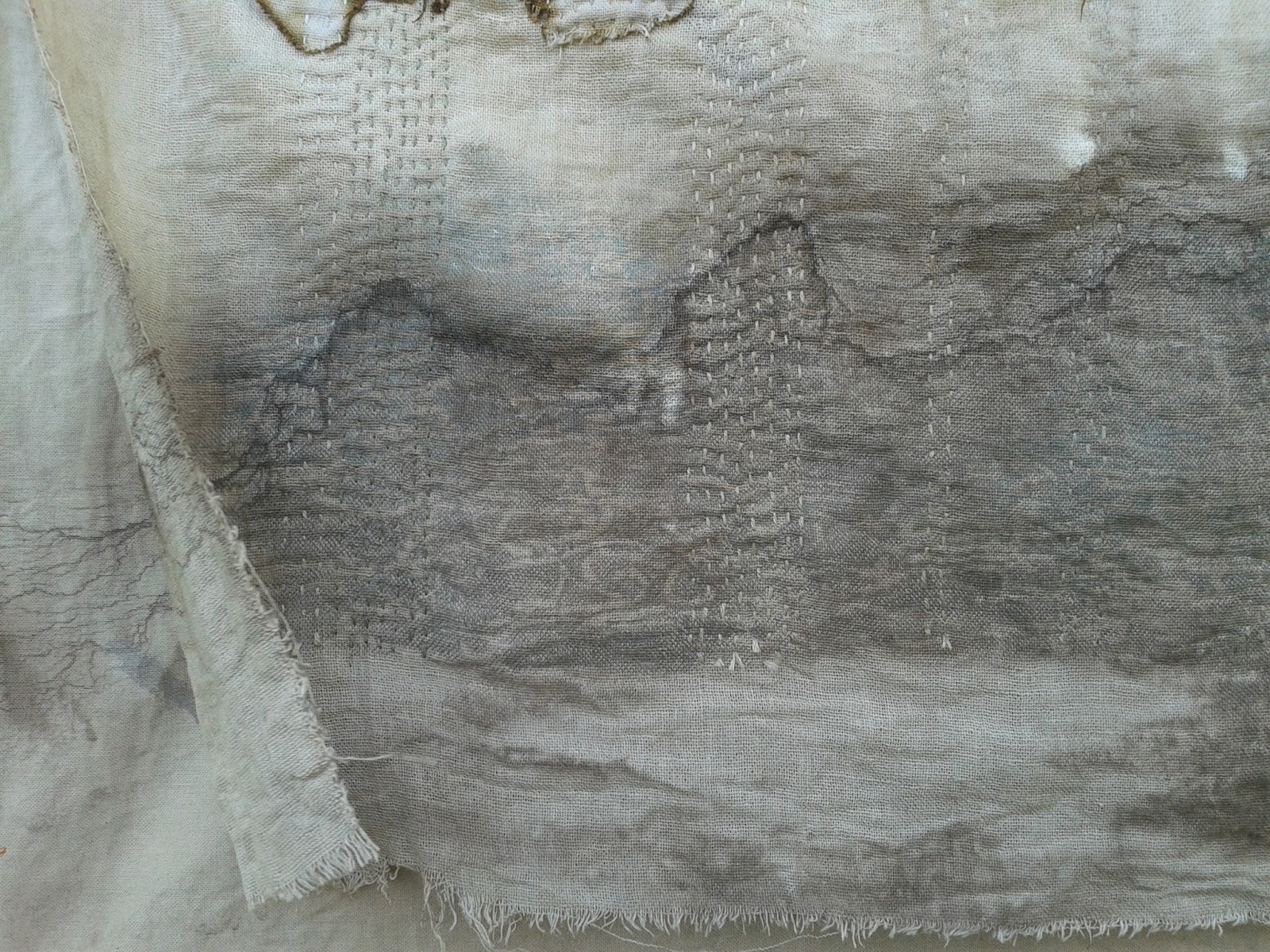 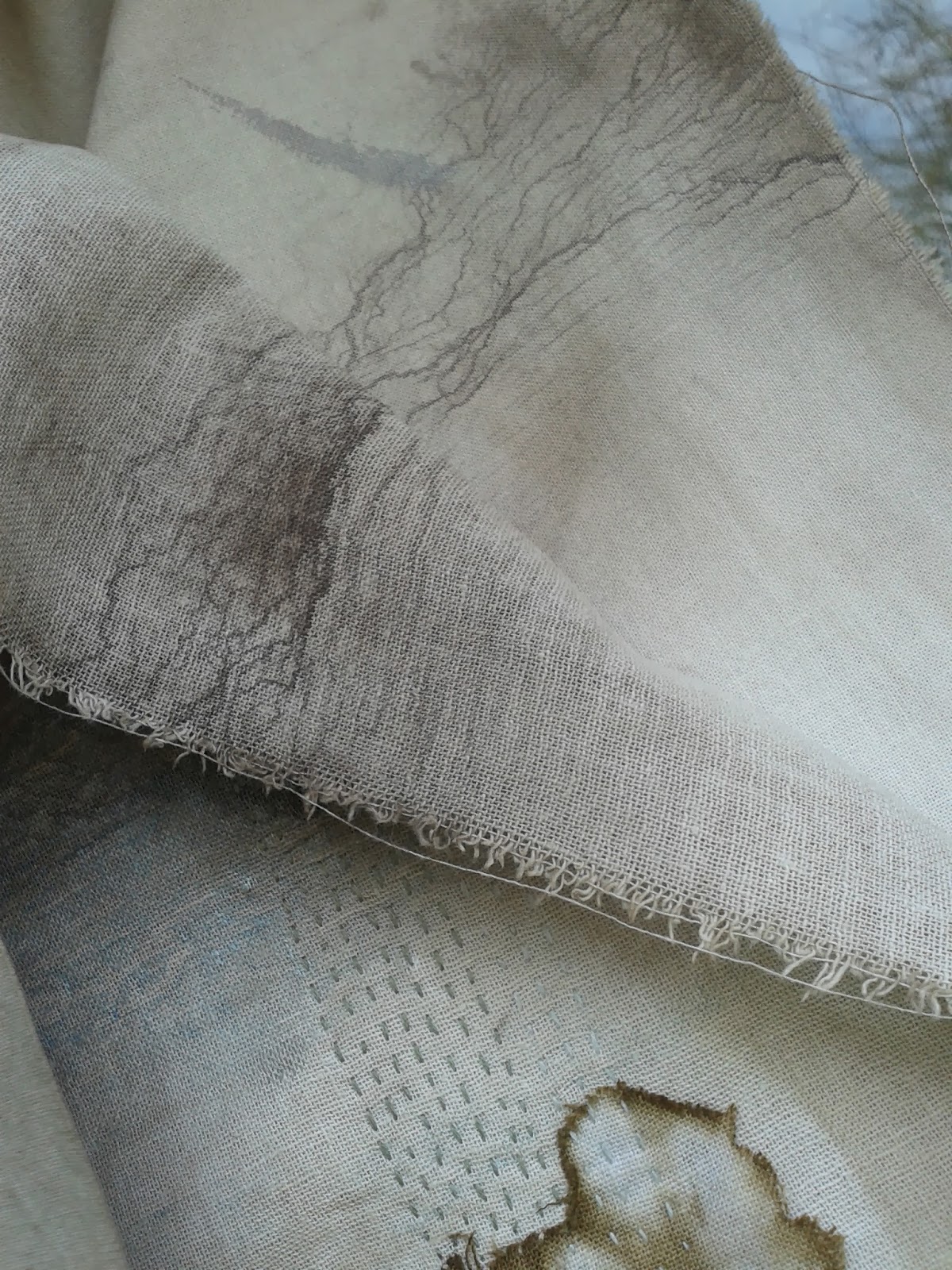 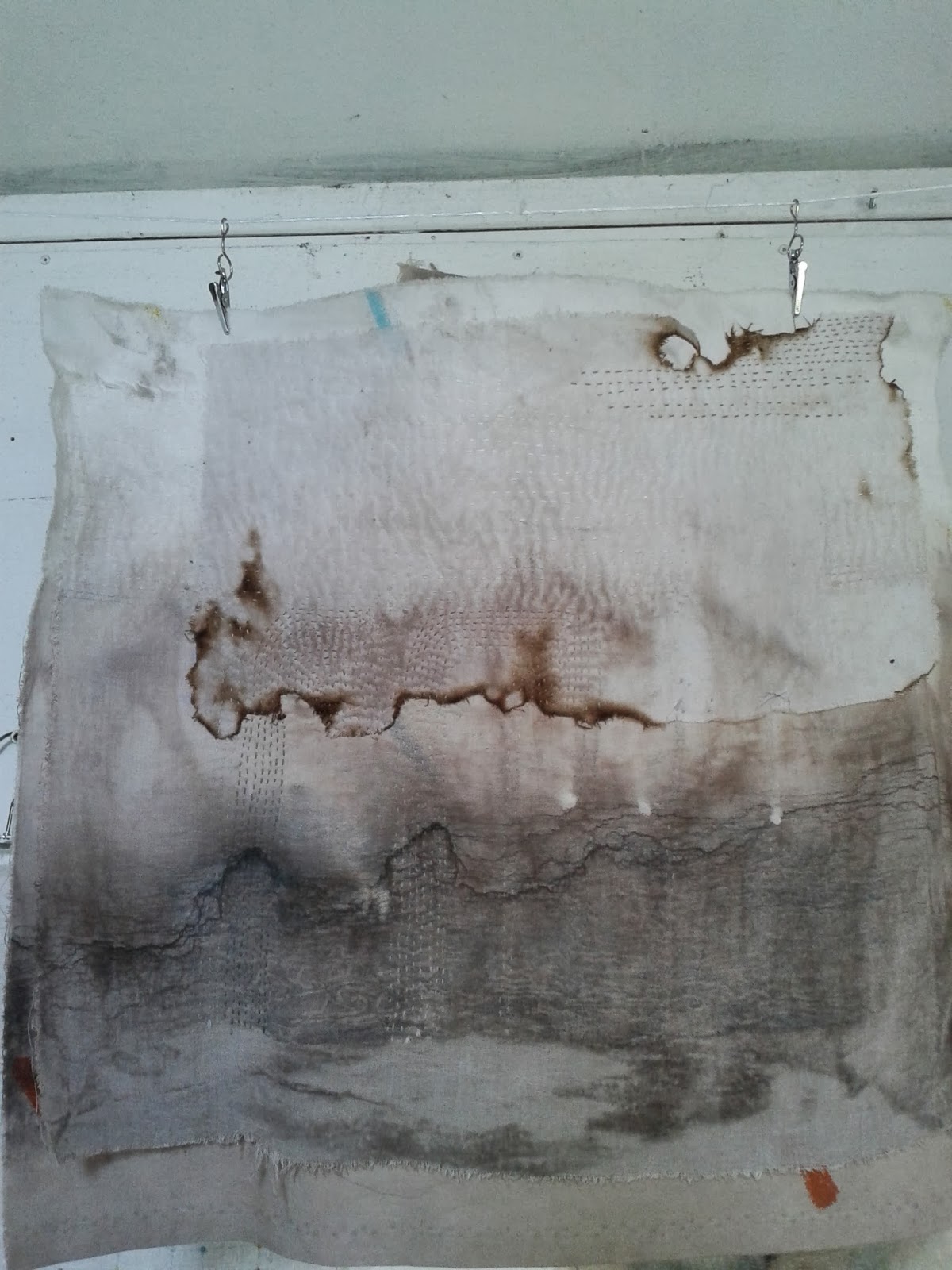 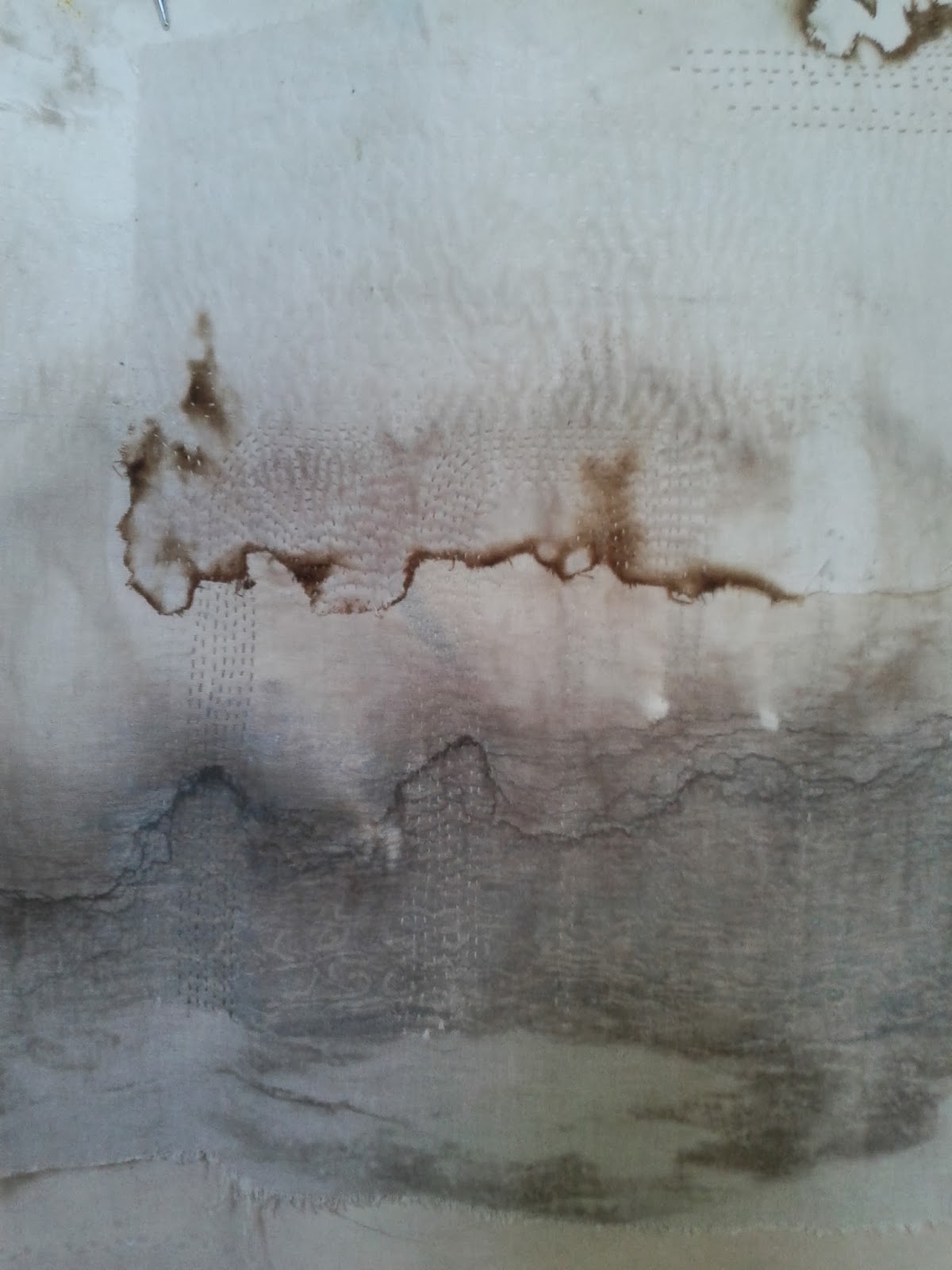 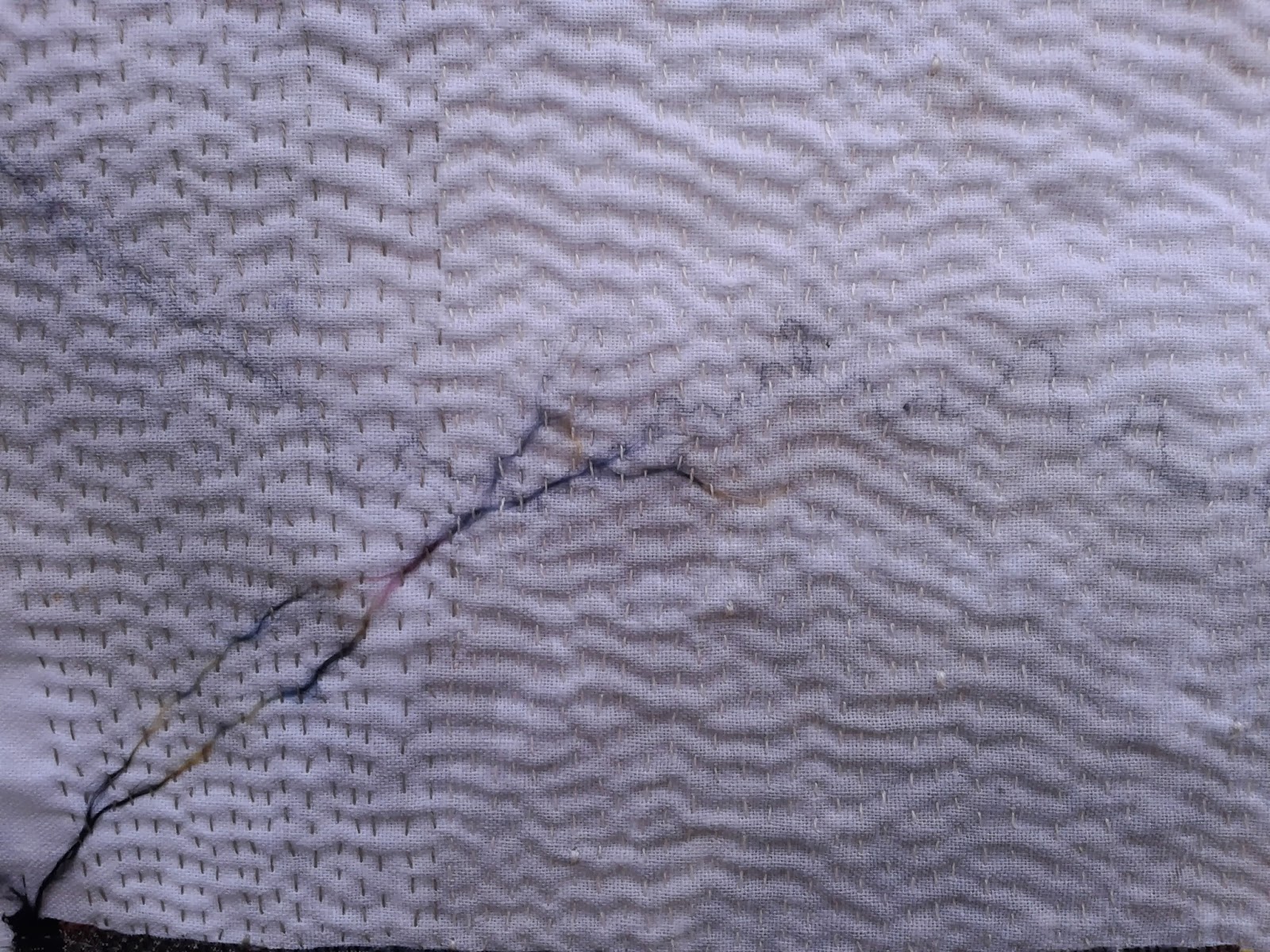 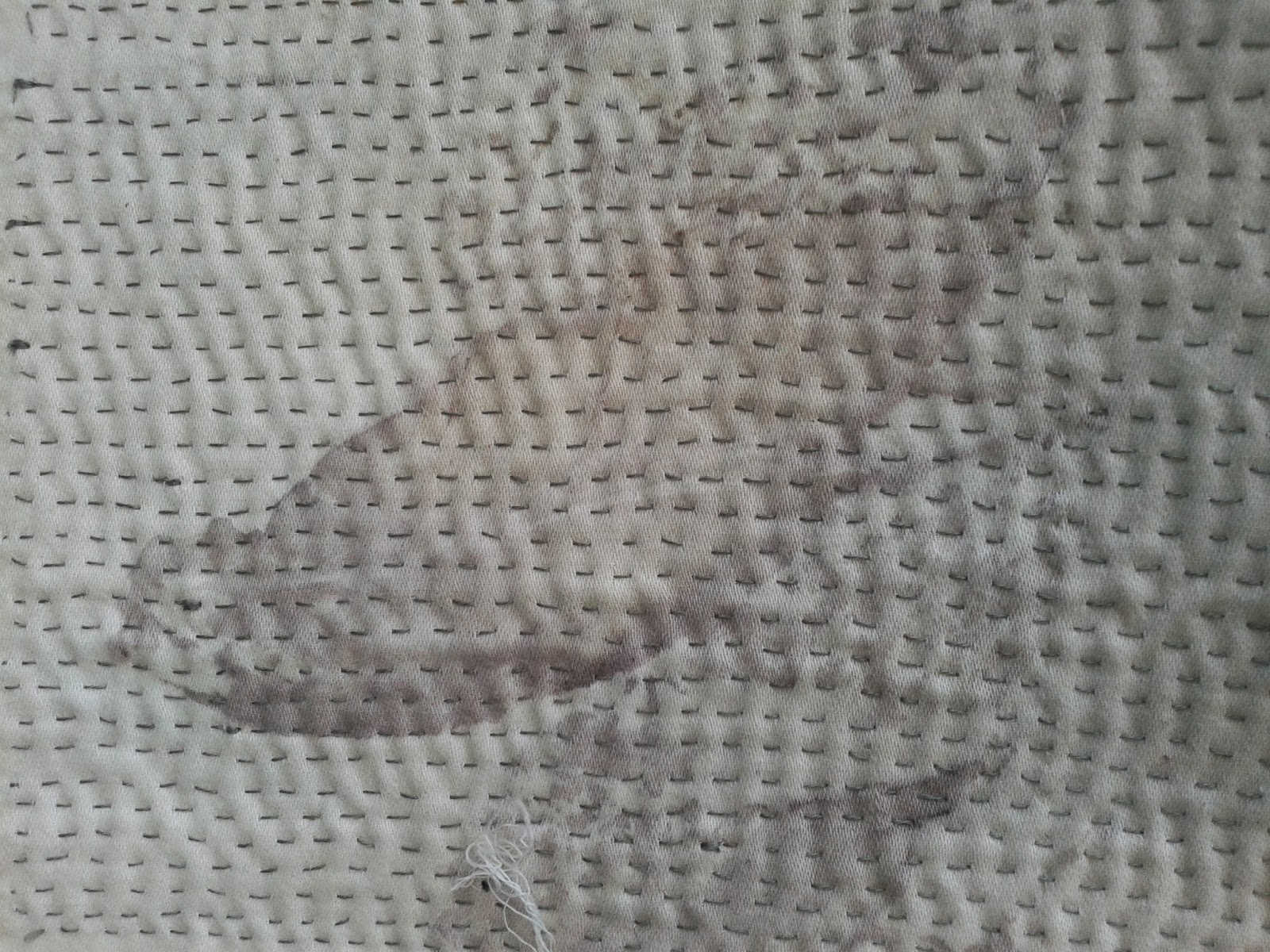 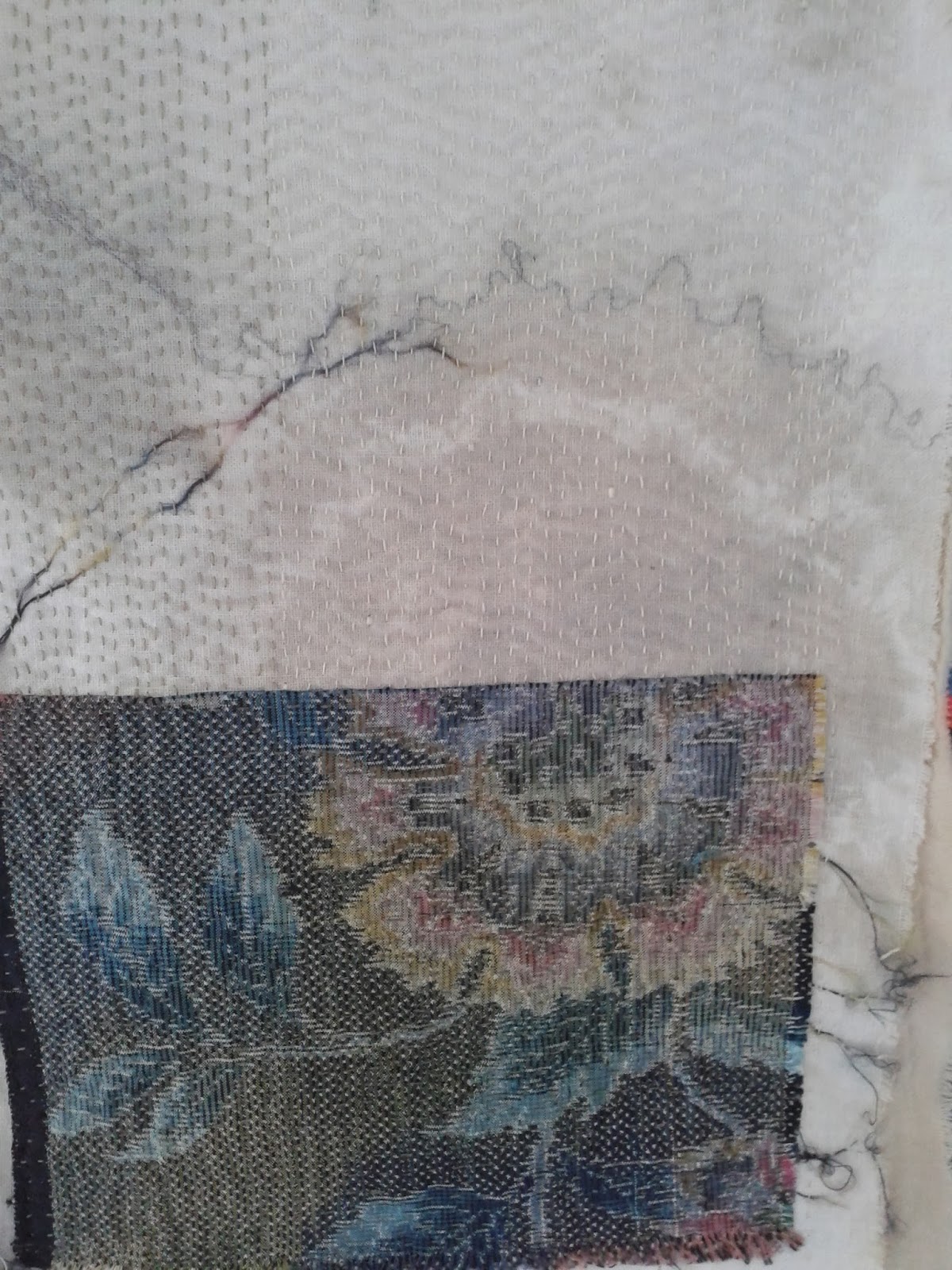 Help in the shape of a sprightly young woman has arrived! Her name's Jessie and she knows Woody and Buzz like the back of her hand; she was darn quick to get them all sorted.....you see Woody's expression of dismay (ah no, now the holiday's well and truly over he and Buzz moaned!) 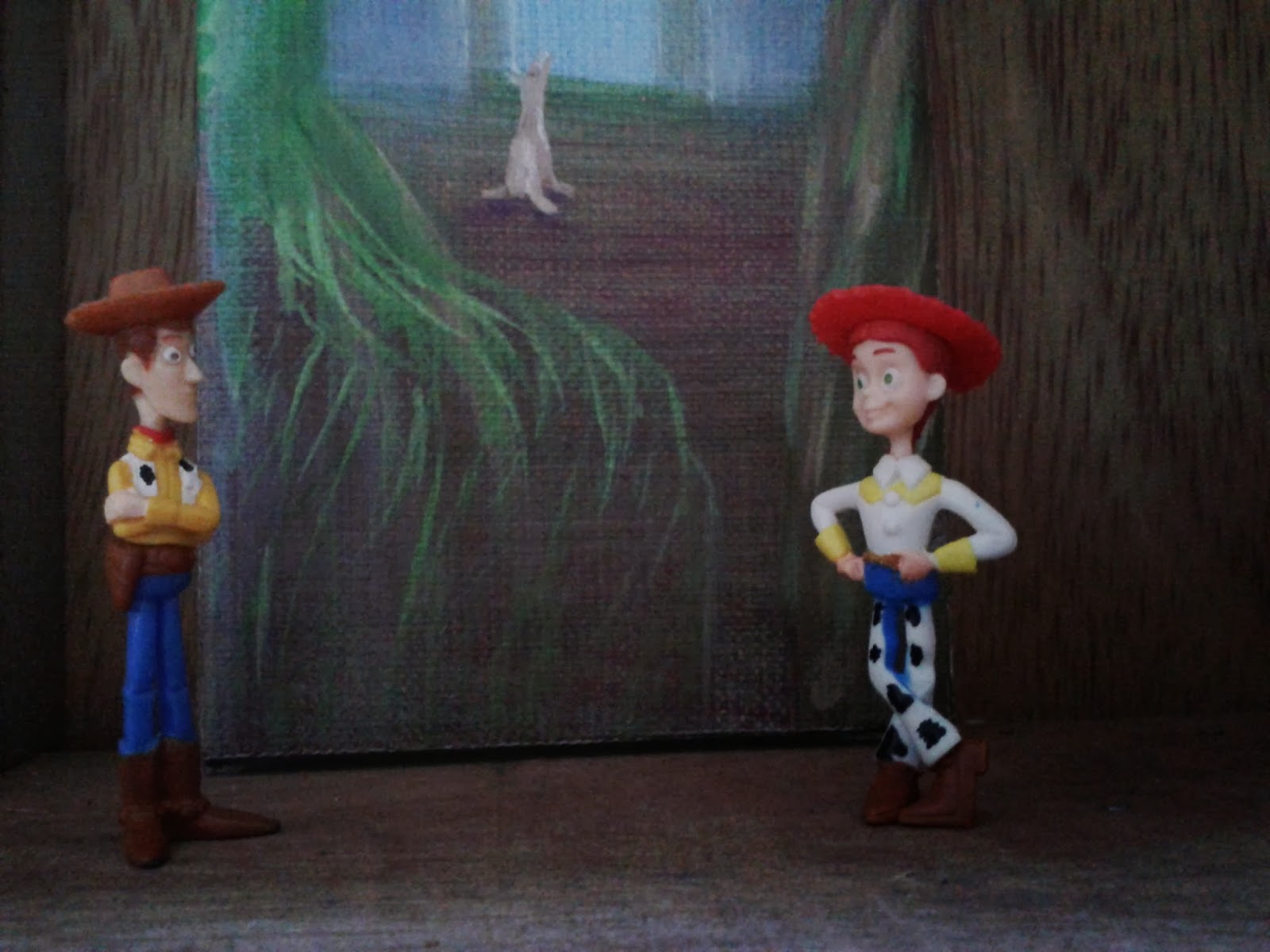 in no time the blankets were airing in the fresh breeze, the after-party mess was cleared, trash sorted, windows opened, rooms tidied, dirty laundry washed and hung to dry; the small birds, Frog's poor relations, Frog himself all stood to attention and did not dare move for some time after they'd all had a severe telling-off by Ms Jessay (as they like to call her behind her back)
Of course she didn't have to warn the OldBirdKing (that would be stretching her authority a tad too far) he just happened to be in the studio space, testing the warmer weather without a blanket and seeing as he was there anyway he could keep an eye on them all, no room for mischief.......the other occupants are all busy attending to their chores (or if they aren't they'll be in Trouble) 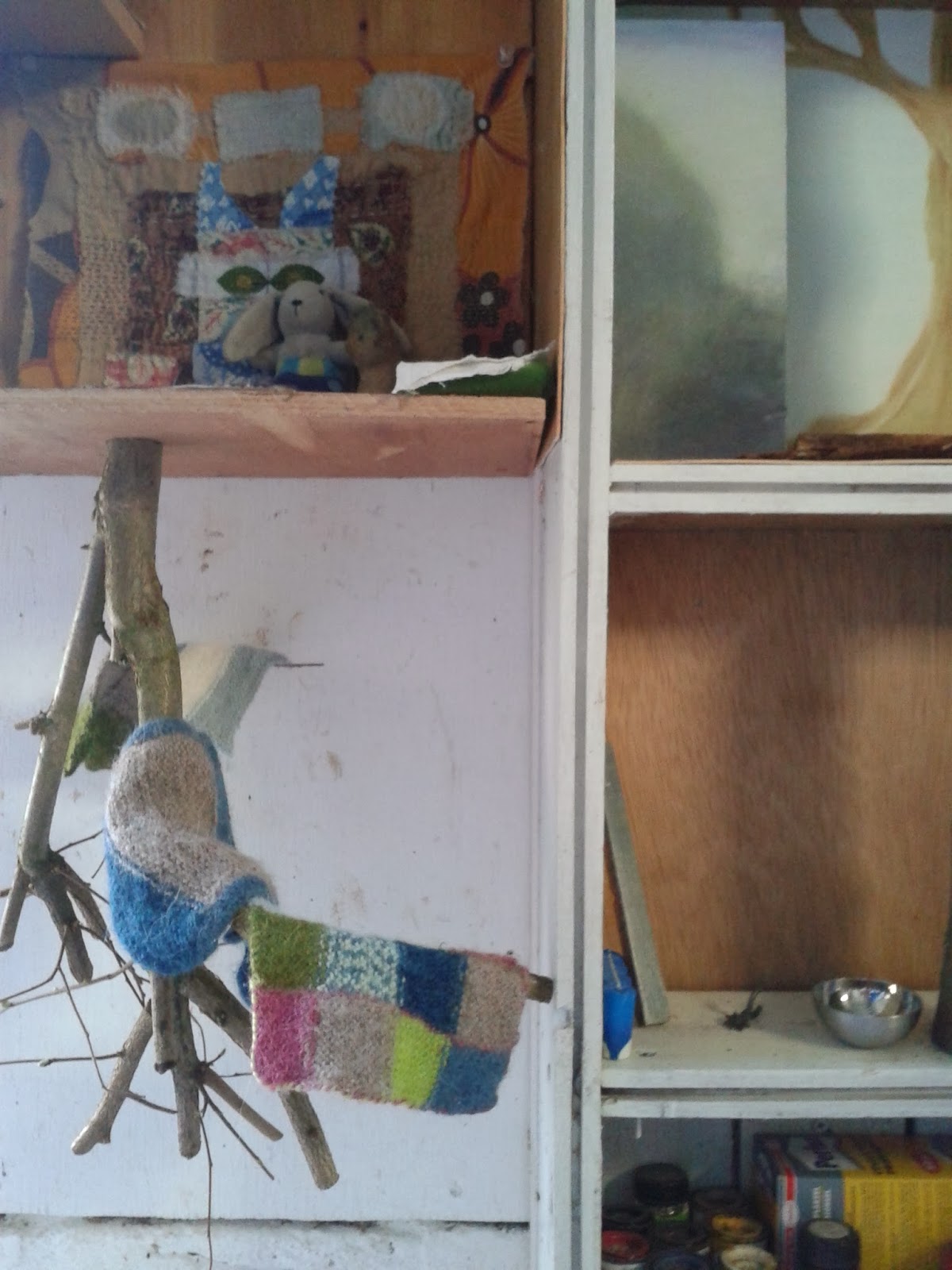 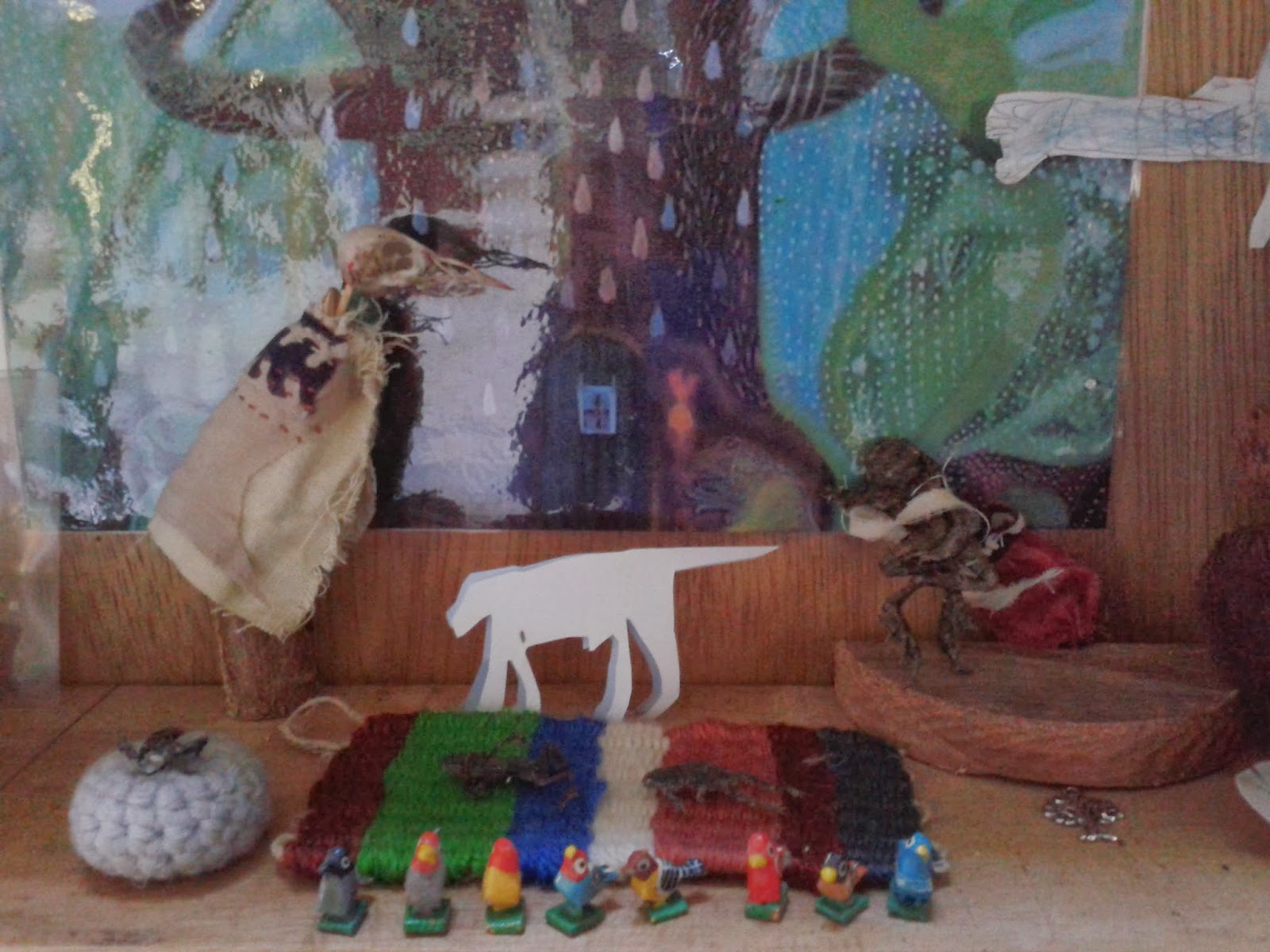 one of Frog's poor relations is resting on a soft stool made by friend J's eldest daughter: she crochets balls and fills them with very small black beans, they're very tactile; she let me have one for the Project...as soon as she has an etsy-shop i will let you know

Email Post
Labels: project wicking
Saskia
Hi, I'm an artist. ' Art might simply be the awareness of how we might create self. That we do. What happens, and then, what we do about it. The story. And the expression of that.' Jude Hill - Spirit Cloth [with kind permission]

Saskia said…
I sincerely hope she does, Nancy!!

thank you Grace, it has turned out rather nice; I didn't properly explain that these are in fact images of two pieces, the top 6 are one piece, followed by 3 pics of a later piece; what I like are the incredibly fine lines, in the first piece they are created by the wicking-process, in the second piece very fine strands of the floral fabric glued themselves to the dyed cotton and I stitched them where they had 'fixed' themselves, they echo the fine dye-lines....I love these delicate lines
9 March 2014 at 20:36

Debbie said…
Love these cloths, you have given me a great idea for some dyeing I need to do on a very large piece of fabric but I only have small pans, hope you don't mind if I use you idea. I also love the fine lines.
10 March 2014 at 11:08

Saskia said…
hi Debbie: by all means do try it out; I cannot claim to have invented this technique, all good ideas bounce off each other and from person to person.
I have tried achieving the same fine lines with another piece and two bits of clothing, I only succeeded with one of these (no pics yet) so I will have to keep on experimenting...I think it has to do with dipping the fabric into the dye and lifting it, letting it dry a bit, then re-dipping...ugh I'm not sure though...good luck with your experimenting!
11 March 2014 at 20:55