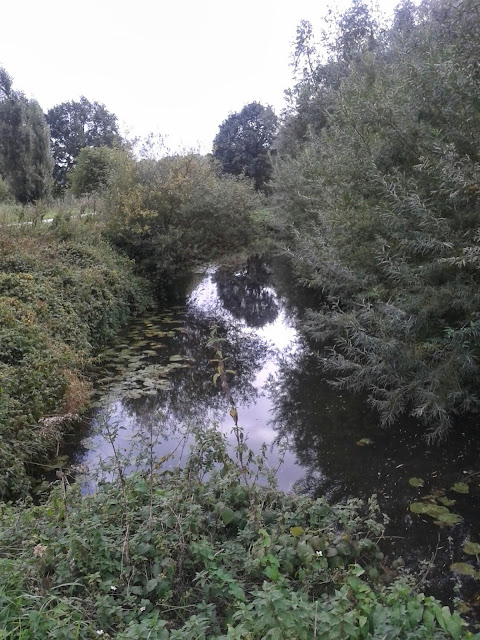 Sooooo, I went to church today, not for the first time, but it was a first as to why I went: I went to listen to a sermon. Of course I had been in churches before, for many different reasons, as a wedding guest, attending a funeral, admiring art, listening to an organ concert, never a sermon. As you probably know by now, I am a non believer, although I do not like to define myself as such, it clarifies my position. Brought up in a non-believing-staying-away-from-churches family, I can say in retrospect however, we were surrounded by religion. A large part of my childhood years were spent in the catholic south of the Netherlands and both elementary and secondary schools I attended were of catholic denomination, albeit very ‘modern’ and non too outspoken, it was the seventies and eighties, society was moving away from obvious manifestations of faith.

Moreover, we live in a Judeo-Christian society, so much so, certain things have become as it were invisible. As I mentioned in a previous post, the sight of a church spire means home, on a very basic level, even though I hardly entered a church as a child. This is one of the reasons I wanted to read the bible in it’s entirety, as objectively as possible. What it represents and how it has influenced the world I live in, is sort of invisible and therefore unknowable, almost.


It started as an idea in the back of my mind many years ago in Art school and there it remained. Much of the art I studied in art history classes was of a religious nature. For centuries art was religious, if not felt within the artist, at least it would be produced in order to invoke upon the beholder a sense of piousness and religious feelings. My parents had given me a bible as a birthday present, at my request, but I had not managed to start reading. For twenty years the bible waited patiently on the bookshelf. A few years ago I started in earnest and plodded along on my own and after having read the Pentateuch* I put the book down and realized I was not going to finish it on my own. Enter my friends from the book reading circle: once I had suggested to them that we might read the bible together, after some giggling and mild protests, they all joined in. Better still, one of them introduced a female minister to our group and all of a sudden we had a scholar in our midst, and so the birth of our bible-class came about. 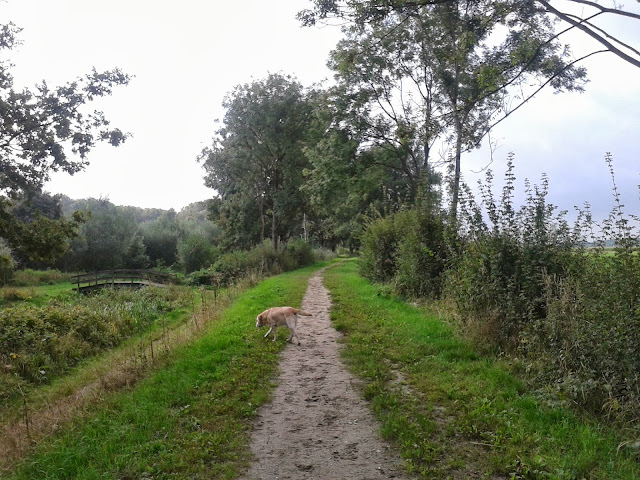 We have been reading for almost a year now and have had six sessions to date. During our last session, the minister mentioned a rather interesting retired minister would be giving a sermon this Sunday at ‘her’ church (a church in the Protestant Freethinking=vrijzinnigen corner, there are almost as many varieties on the Protestant side as there are believers, it would seem). His name is Klaas Hendrikse and he is (in)famous in our country for the publication of a manifest titled ‘believing in a god who doesn’t exist’ and a book ‘god doesn’t exist and Jesus is his son’ he is known as the atheist minister; well that is right up my street and I was intrigued and decided now was the time to actually go and listen to a proper sermon. I was disappointed. It wasn’t so much a sermon, but then I had no real comparison, as it was a lecture. He spoke of the differences between different leanings of 'vrijzinnige Protestanten' especially what it didn't mean to belong to the specific variaton of freethinking Protestantism this particular congration adhered to....it was a bit beyond me. Afterwards I spoke to one of the regular church goers and she confirmed my thoughts, indeed this morning’s sermon had not been very inspired nor inspiring. After a morning like this, I would not have guessed people would want to turn to religion for comfort or the sharing of experiences one has no words for. Precisely those aspects which I have only recently come to accept as valid reasons for people wanting to (continue to) believe. However, after having been convinced by others his sermons are worthwhile, I am sufficiently interested to go and listen in the future, as he frequently preaches here......All the more poignant as he himself comes from a non-religious background.

Attending church on a Sunday morning is a bit like having been to a meditation class, something I am familiar with as I used to attend meditation classes on a regular basis for quite a while. One returns home and has become more quiet, literally, the need to talk has faded. This doesn’t last in my case, but still it’s nice to know I can shut up for a few hours.


I will leave you with the sound of wind and trees

Marti said…
Left the Catholic church at the age of 15 and my husband, raised in a Catholic orphanage is a non Catholic as well. My Spanish parents, I should say my devout mother for my father only attended mass at Christmas and on their anniversary and since he was friends with the local priest, who came to our house once a month for dinner and to drink my father's homemade wine, I thought my father was exempt from attending church services!

For me, my cathedral is right outside my door, wherever my door exists, my religion found in the dirt I hold in my hand, the sky, the wind, the trees, the birds, you get the idea. If I'm asked to define myself in religious terms, I speak instead of my spiritual direction, my Wiccan inclination to do no harm and my pantheistic belief that God/Goddess is everywhere in nature. BUT here is the dilemma that I have wrestled with all of my life in times of despair, fear, sorrow, I find myself on my knees reciting the prayers I learned from long ago so what does that say about me...
22 September 2013 at 20:33

Saskia said…
well I guess Marti, it just means you lean on whatever is able to offer you support, no more no less
22 September 2013 at 21:05

Julie S said…
I really admire your openness to look into what faith has that might be useful to a nonbeliever. And thank you for the video, it was great fun to visit Holland (or do we say the netherlands, I never know how to use the terminology?)
23 September 2013 at 12:22

Saskia said…
well I'm glad it comes across like that, 'cos when I first started reading the bible I was much less tolerant; the reading and sharing of different points of view has really opened my mind to new ways of thinking and seeing, Julie

p.s. we are just as confused as you are when it comes to naming our country in foreign languages, we live in both Holland and the Netherlands and speak Dutch, which is very similar to Flemish, but that is spoken in Belgium, where they also happen to speak French...ah Europe a multi-cultural whatchamacallit
23 September 2013 at 21:10

Mo Crow said…
the stories are a way of making sense of the world and we all each tell our stories to each other...
to quote Clarissa Pinkola Estes from her Letter to a Young Activist in Troubled Times-
"One of the most calming and powerful actions you can do to intervene in a stormy world is to stand up and show your soul. Soul on deck shines like gold in dark times. The light of the soul throws sparks, can send up flares, builds signal fires ... causes proper matters to catch fire.
To display the lantern of soul in shadowy times like these -- to be fierce and to show mercy toward others, both, are acts of immense bravery and greatest necessity. Struggling souls catch light from other souls who are fully lit and willing to show it. If you would help to calm the tumult, this is one of the strongest things you can do.
There will always be times in the midst of "success right around the corner, but as yet still unseen" when you feel discouraged. I too have felt despair many times in my life, but I do not keep a chair for it; I will not entertain it. It is not allowed to eat from my plate. The reason is
this: In my uttermost bones I know something, as do you. It is that there can be no despair when you remember why you came to Earth, who you serve, and who sent you here. The good words we say and the good deeds we do are not ours: They are the words and deeds of the One who brought us here.
In that spirit, I hope you will write this on your wall: When a great ship is in harbor and moored, it is safe, there can be no doubt. But ...that is not what great ships are built for."
and you shine Saskia
Namaste
23 September 2013 at 21:31

Saskia said…
wow Mo, I don't know what to say, except thank you

grace Forrest~Maestas said…
you are a truly INTERESTING person.

and church, well, your video, to
me that is Church.

Saskia said…
thx Grace, and may I say you too are a very interesting person yourself; the sound of those trees is like a wordless poem, soothing, comforting, alive
27 September 2013 at 16:25

grace Forrest~Maestas said…
i just read and then watched the
video again. i think it's interesting that you paired these.

because of how i have seen Living
to transpire, my own, and then
just Living in general, i find that
there is such an underlying thread
of Intelligence. and i feel that
as a well, Supreme Intelligence.
i have never really had a need to
interpret that into anything, really. i just so clearly see It there, over and over, showing Itself in a million ways. an example of which is you, gazing at the life in your immediate space, wanting to catch and hold it for
just moments with your camera, to
show us, who watch, from each our
own spaces. i think if Churches
would talk about that, their
ministers, would show these things,
it might be better than the bible.

Saskia said…
the desire to share what one experiences and has no name or word for, that is exactly what I have come to understand is why people continue to call themselves 'a believer'
I have come to recognize that as a valid viewpoint; I personally have no need for names or words, or even the urge to understand the perhaps underlying theme of all-there-is; I am HERE, breathing in and out and that is that until I stop....but life around me continues to appear and disappear and that is overwhelmingly beautiful and normal and as it should be.
What I am trying to express is that without our (human) understanding all would continue to change and evolve etc, without our naming or putting into words or form, life and death keep on happening, that is the mystery to me, as for the moment I do not have enough information to draw definitive conclusions
27 September 2013 at 18:16