......plying her needle and thread 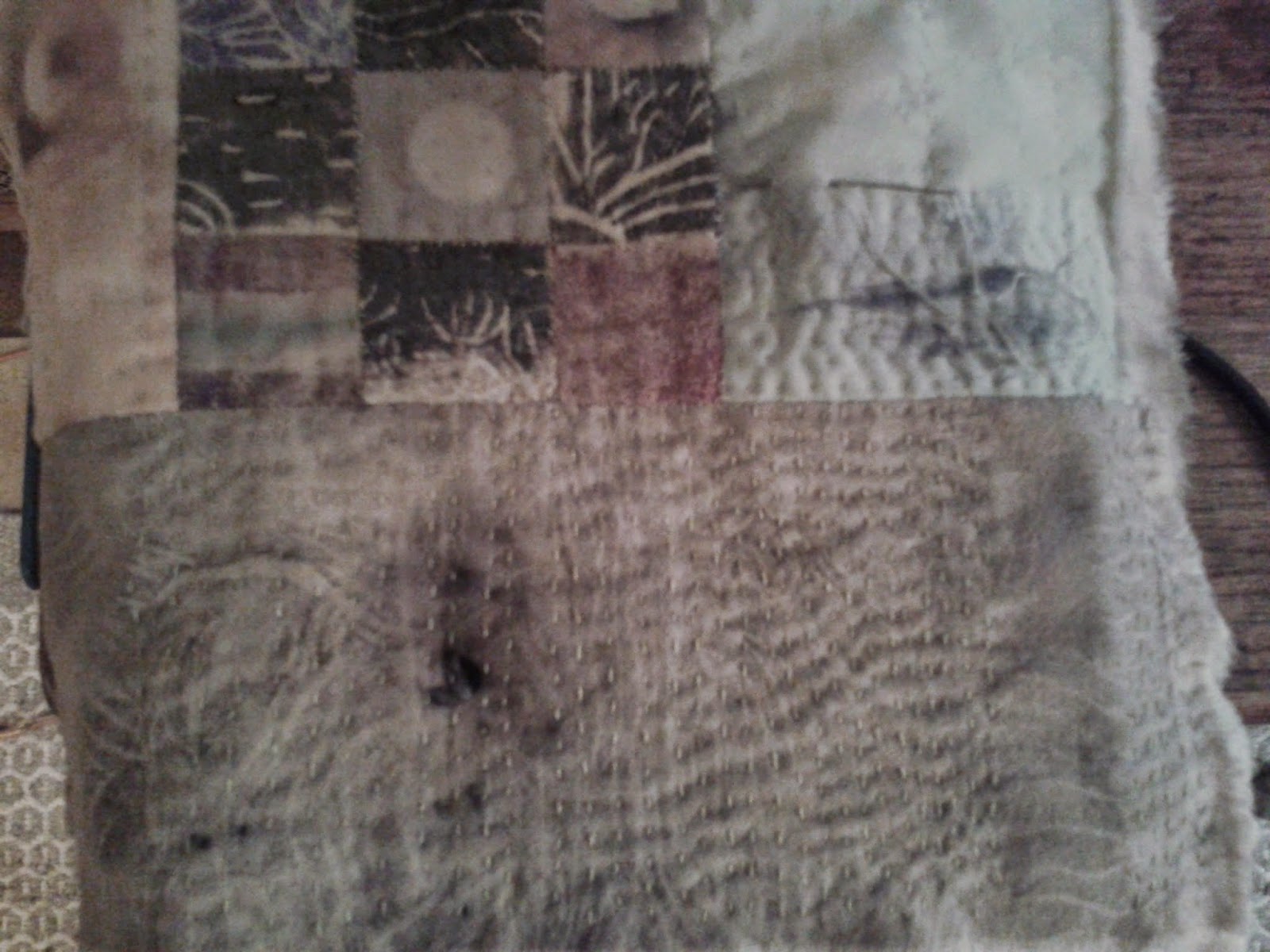 Liz’ comment in the last post reminded me I have a book of quote’s, ‘Magill’s Quotations in Context’ to be exact (Harper and Row, 1965). A book I bought in February 1983 in a discount store, in search of the truth, or an answer at least to vaguely formed questions in my young mind. The Tolkien quote isn’t in this book, but I did go searching for something I might be able to use in the blog, lo and behold, a poem about rags, stitches and sewing; sounds familiar right! I absolutely love how one thing leads to another and how I can wander into a different world, another era through the power of images and words.

‘A woman sat, in unwomanly rags, plying her needle and thread’

Context: Hood, a minor romantic poet, wrote ‘The Song of the Shirt’ to awaken the public to the hardships of workers in England. The woman in the poem is depicted as a widow who has to support her family by sewing for seven shillings a week. The destitute woman sings a song of protest: ‘It is not linen you’re wearing out/ But human creatures’ lives…Oh, God! That bread should be so dear,/ And flesh and blood so cheap!’ The woman’s heart and brain are ‘benumbed’ by the ceaseless labor. She longs to breathe fresh air and enjoy nature. But she cannot even find time to weep. She is becoming like the steam engine,  ‘A mere machine of iron and wood/ That toils for Mammon’s sake,/ Without a brain to ponder and craze/ Or a heart to feel---and break!’ The woman is a hopeless slave who ‘has never a soul to save, ‘ but the poet wishes that her song ‘could reach the rich!’ The first stanza describes the woman:

With fingers weary and worn,
With eyelids heavy and red,
A woman sat, in unwomanly rags,
Plying her needle and thread - - -
Stitch! stitch! stitch!
In poverty, hunger, and dirt,
And still with a voice of dolorous pitch
She sang the ‘Song of the Shirt.’

there are even several video's:

Email Post
Labels: books poem small cloth small journey
Saskia
Hi, I'm an artist. ' Art might simply be the awareness of how we might create self. That we do. What happens, and then, what we do about it. The story. And the expression of that.' Jude Hill - Spirit Cloth [with kind permission]

Julie S said…
I am going to follow you through this path but I just wanted to say that one of my favorite quotes, from novelist Pat Conroy, is "one book leads to another."
5 November 2014 at 01:12

Anonymous said…
hey saskia , thanks for the opposite of the poem
ja we verbinden / herkennen ons via dit web gebeuren en zo evolueren we verder rijkend naar wat " WAAR "is
ik groet je maria
5 November 2014 at 09:09

Liz A said…
When I first read this poem I despaired that something we love so much (cloth and thread and stitch) could have been a source of pain and suffering ... but what struck me was that still she sang.

So I thought about it and of course one thing led to another ... in this case to a Walt Wilkins song entitled Poetry:

I can't explain a blessed thing
Not a falling star, or a feathered wing
Or how a man in chains has the strength to sing
Just one thing is clear to me
There's always more than what appears to be
And when the light's just right
I swear I see poetry

Julie S said…
Actually, I misquoted. The correct (and much better)version is "In the reading life, one thing leads to another."
5 November 2014 at 19:27

Saskia said…
Exactly Julie, that is the way it goes.....a life without reading I cannot imagine

Liz, oh I love that song too (I still have a post in mind where that song fits so well...)
what struck me after finding this quote is how the poem still resonates more than 150 years after it was first published and how what it describes and bemoans alas still happens today in other parts of the world (maybe even happens here in secret sweatshops) and of course it is sad that what could have brought joy brings pain and suffering, sadder still that so little has changed for so many of us.....how fortunate I am to have been born in a Western European country with equal rights, minimum wages, democracy, decent education....et cetera, we all have a long way to go still for the world to be a better and safer place for everyone

grace Forrest~Maestas said…
love reading the responses to comments
in Dutch...!!! i read aloud...you
would LAUGH!!!!
makes me ADMIRE everytime MORE those
who are bilingual....
6 November 2014 at 18:16

Saskia said…
have to get your laughs where you can Grace and Liz, our's is a funny language; imagine if the Dutch hadn't exchanged New Amsterdam for whatever it was they got in return, we'ld all be speaking Dutch! hey ho