getting it off my chest; why do I bother? 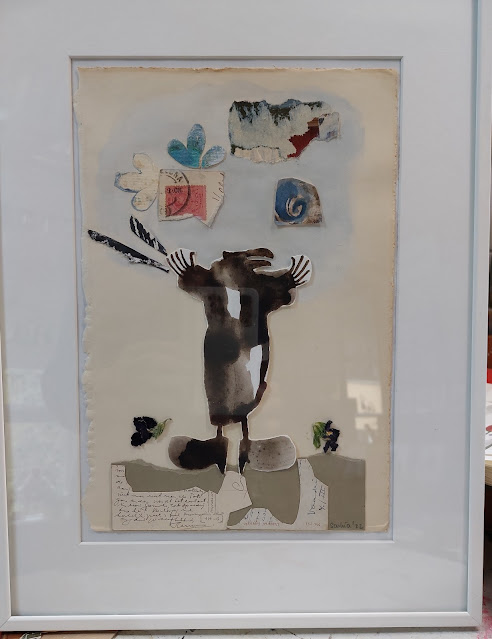 Saskia said…
oh Dee that means a lot that you say this, I thought of you and your many brave posts, putting yourself out there, as I urged myself to actually press 'post' once I'd finished writing...
gloves are off, at least today they are

Marti said…
Saskia, these are some of the best words I've read this year. Your words," you are good enough just the way you are" especially slipped into my blood stream. As an immigrant's child, I was told, "make us proud, be the best in school" and I was also told, "who do you think you are with your educated ideas..."

What I will say is that to live an authentic life, there are times when we want to be the best we can be BUT it has to be for our own reasons, not for the wishes of others. In the daily aspects of life, finding contentment within ourselves, for me, has been a life long pursuit and now in my 70's, the balance of wants and needs, of caring and going overboard, of speaking and knowing when to hold silence and listen, these are my touchstones.

Faith said…
I feel the same frustrations. In one way it's comforting to know the problems are not unique to this part of the world, but on the other hand, Yikes! it's world wide! Well, people are world wide and it just goes to show that people are the same (in general) wherever in the world they are.

Saskia said…
Marti, I practice yoga every morning in my studio, an online class, and the yoga teacher often says something along those lines, and although we KNOW we should say this to ourselves and others more often we tend to forget
but it is all important
the many unkind things we say to ourselves and pass on to others accumulates

I am trying to hold up a mirror to myself, of course, and attempting to answer as honestly as I can to the many questions life poses
maybe asking the same of others is a bit rich, but I keep on probing

As you mention: listening and keeping silent, is key to having a REAL conversation where everyone feels safe enough to say what they want and think, trying not to judge but think 'you are good enough just the way you are' and you are trying too! Again I try and fail a lot in this respect, but I am conscious of this fact and try again to just listen....

Saskia said…
absolutely Faith, love yourself and your neighbour, it's where it all starts... and I get you might have imagined, or rather hoped, things were different here....thanks for dropping by and leaving a comment
7 April 2022 at 10:18

Saskia said…
addendum reply Dee, it's only when we truly see what we are, we can begin to solve any kind of mess we are in
I know I'm rooting for a solution here, as I would like the planet to remain habitable for humans as well as countless other species
However there is a price to pay and are we willing to do that?

wordybird said…
i am 68 yrs old. i grew up when the only vaccinations available for American schoolchildren were smallpox, DPT and eventually polio. i contracted measles (two kinds), mumps and chicken pox. that was average. today's anti-vaxxers seem to be mostly of an age that haven't experienced or seen any of these childhood diseases. my son is 42. when he was a baby, he rec'd DPT and MMR vaccines. unfortunately they didn't have chicken pox vaccine yet and he got a terrible case. why would any parent make a conscious choice to let their child contract one of these diseases?? it's child abuse in my book.
11 April 2022 at 22:29

Saskia said…
hi Wordybird, thank you for sharing your personal story. My parents had none and knew the risks of measles et cetera, they were grateful my generation could get the jabs.
For me at least, hearing actual experience really opens up my eyes to what does and does not make sense, so again thanks.
I agree, many folks in what I call our Kinder-Garten-society HAVE NO IDEA; even if they have visited poorer countries where parents would give an arm and a leg to get their children vaccinated.
I am also puzzled by their highly irrational behaviour: on the one hand many young parents try to protect their children from everything (which is of course impossible) they even track their kids' phones, but then they turn around and tell you 'no poison-vaccins for my child' because of some obscure research, I wonder what their parents told them....
13 April 2022 at 08:58

Liz A said…
how much of myself I recognized in your words ... and always I have counted self-righteousness as my greatest sin ... I wish/need/want to channel my angst into worthwhile actions ... but it's just si damned easy to sit and bitch

Saskia said…
just releasing all this on the blog, let me breathe more easily Liz, for a while anyway;-)
yes bitching and complaining are well known pass-times here too!
and yet, we all do what we can you know
12 May 2022 at 20:44